Rural supplies retailer Countrywide Farmers recorded a like-for-like sales increase of 2.2% to £138.8m in the six months to November 30, 2014. 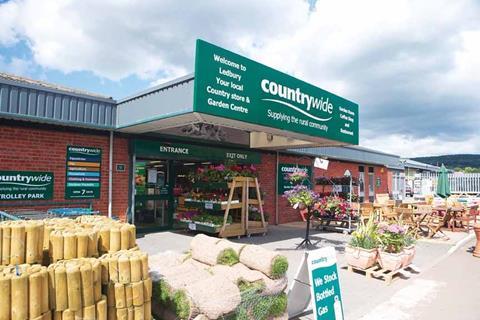 Countrywide Farmers said it increased customer numbers, margins are strong and the business is trading in line with expectations.

Chairman Nigel Hall said 2014 had been a challenging but key year in the development of the business. “It is pleasing to report that, given all of those challenges, the like-for-like turnover for the group has increased and the remaining business areas are well positioned for future growth,” he said.

Hall also said it had generated £18.1m of cash from disposing its livestock feed and forage business and its arable products and crop marketing business, which will be used to fund store expansion. He said its energy and turf and amenity business continued to develop strongly.

Chief executive John Hardman said: “As part of our new retail strategy to drive improvements in margin and extend the store network, we will be expanding into new regions and opening at least four new stores in 2015.”

The business is also introducing a operating platform called Project Fusion that aims to help the retailer to become a multichannel business. The platform will be used to enhance customer experience and make it easier for shoppers to access the products they need, as well as driving efficiency across the business.

Hardman said: “The board is committed to delivering long-term growth by building a stronger, more profitable and focused business. Back in 2013, we announced the Board’s intention to seek an AIM listing and I can confirm that this remains a longer term strategic objective of the business.”