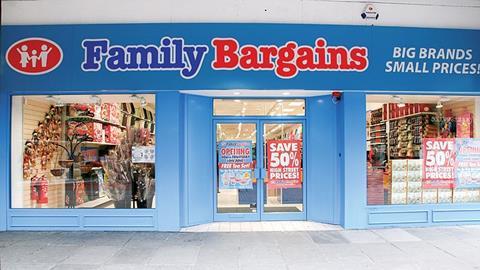 The founders of single-price retailer 99p Stores have launched a variety chain, Family Bargains, in the mould of Wilkinson and Woolworths.

99p Stores buying director Faisal Lalani, who is leading the project, said the out-of-town fascia will allow the group to sell a broader range of products at various price points.

Lalani said that the 99p Stores format will not be abandoned, nor are there plans to rebadge any Family Bargains. “Single price point is an international phenomenon and we see a future in 99p Stores,” he said.

But he believed Family Bargains affords a “lot more possibilities”. He said: “We want everything in very big pack sizes so people can come and fill their boots. That’s why we want to be on a retail park, so we can sell garden furniture and customers can put it in their cars. The offer is completely different to 99p Stores.”

He added that having just the 99p Stores format constricts the breadth of offer. Few of Family Bargains’ 2,700 SKUs will cost more than £10.

The next Family Bargains shops will open in the Midlands to begin with, which is close to where 99p Stores’ distribution centre is located and has “very good spending power” as well as more affordable rents. The plan is then to open stores nationwide.

Lalani said the opening in Carmarthen went “very well”. He added there are similarities between Family Bargains and Wilkinson and Woolworths, but that there is “room for another variety chain”.

Despite the collapse of Woolworths retailers such as Home Bargains and B&M Bargains have expanded rapidly. Poundland co-founder Dave Dodd is also launching a new variety chain, The Hub.