White Stuff has hailed “another year of strong performance” after its online channel and international business drove up sales and profits. 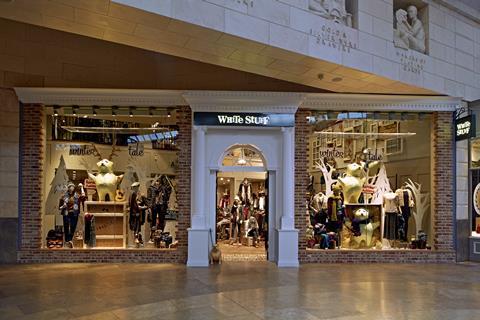 White Stuff said the results reflected “the desirability of the brand, strength of our core product, the success of our multichannel strategy and a focus on full-price trading.”

The retailer said it opened nine new stores and four concessions during the year, but closed one store and one concession. It ended the period with 95 stores and 39 concessions.

White Stuff said it would “continue to add suitable retail locations” in the 2015/16 financial year.

White Stuff chief executive Jeremy Seigal said: “We are pleased to report another year of growth. We continue to develop a highly differentiated product and service for our customers and continue to invest in growing the business both in the UK and overseas.”

The retailer used its results statement to officially confirm the appointment of Peter Ridler as its new international director.

As reported by Retail Week, Ridler will leave his role as boss of Musgrave GB, the group that owns convenience specialists Londis and Budgens, to take up the position at White Suff.

Seigal added: “Peter joins us from Musgrave, where he was managing director. He brings a wealth of international retail experience from senior roles at Centrofashion, Monsoon Accessorize, The Body Shop International, Staples UK and Tesco.”