Thorntons warns on profits amid grocery turmoil and warehouse woes

Chocolate specialist Thorntons has issued a profit warning after grocers cut orders and gremlins struck at its new warehouse. 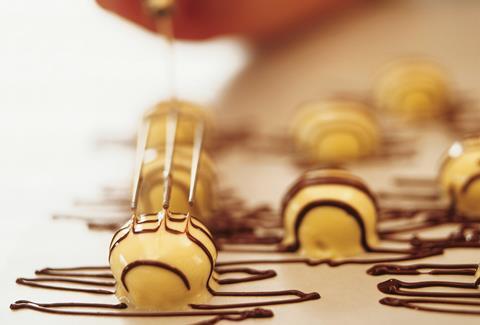 Although full-year earnings will come in below last year’s, Thorntons said there had nevertheless been good control of stock and costs and it remains confident in its long-term strategy.

Thorntons reported: “During the first half there have been two principal challenges.

“We have recently experienced a significant reduction in previously indicated orders from the major grocers who also took in stock later than anticipated.

“While there has been an overall decline, the performance in the grocers has been mixed with good growth in several of our major partners yet significant volume decline in some others where prior year sales of high-volume lines have not been repeated.

“We have also seen good growth in the convenience and high street sectors.

“Secondly, despite extensive prior testing, we encountered significant short-term difficulties with our new centralised warehouse, which resulted in disruption for all our customers.

“In particular in our UK commercial channel we experienced lost and late sales with consequent missed promotional slots and reorders.

“Our warehousing and distribution facility is now working normally.

“The move to a centralised warehouse was essential to meet current and future business patterns and growth.

“This will result in improved capacity and quality of service for our customers in the future.”

Despite the problems with selling through third parties, Thorntons said that its retail arm “is currently experiencing like-for-like sales growth”.

Thorntons will update further on trading on January 19.