Store stocks bear up despite wave of riots

Despite the wave of rioting, including shop-burning and widespread looting, stores were down but outperformed other stocks in a week when the global markets were undermined by renewed financial fears. 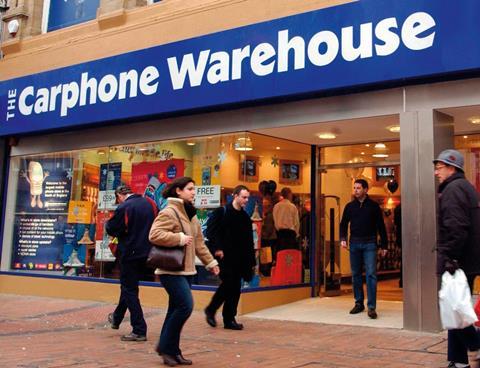 Despite the wave of rioting, including shop-burning and widespread looting, stores were down but outperformed other stocks in a week when the global markets were undermined by renewed financial fears.

Home Retail was up after former bear Morgan Stanley turned bullish and Carpetright, whose landmark Tottenham store was destroyed during the rioting, also ticked up.

Shares in Carphone Warehouse, which like other mobile phone stores was a prime target of looters, were among the week’s worst fallers.

The BRC reported “modest” industry sales growth in July and brokers remained cautious. Seymour Pierce noted: “We expect consumer confidence to remain weak and sentiment is unlikely to be helped by the additional factors of UK rioting and the stock market correction.”

Jefferies said the BRC numbers had been driven mainly by food sales and that the general merchandise trend was little changed. “Concern continues for confidence levels in the coming months, especially in light of recent volatility,” said Jefferies.

French Connection brought good news. The fashion retailer reported that first-half profit will be in line with expectations and, despite harsh trading conditions, it has managed like-for-like growth in its core UK market.

The retailer’s house broker Numis stuck to its full-year forecast of £8.8m and maintained: “We see considerable value given the clear momentum and solid trading across the business, and reiterate our buy recommendation.”

Sainsbury’s shares are “pricing in too much gloom,” broker Oriel argued, switching its recommendation from hold to add. Oriel expects food retail, including Sainsbury’s, to “deliver on its defensive promise this year” and said: “Sainsbury’s has demonstrated that it can generate like-for-like sales growth in tough environments, and its improving offer within non-food, convenience and online will help when consumer confidence returns.”

Nomura raised its price target for Morrisons from 305p to 350p after seeing some of the grocer’s in-store innovations. The broker said: “We expect a robust first half from Morrison with like-for-likes approaching 2%. This would bode well for the second half, with next year likely to benefit from self-help initiatives. We see little earnings risk at this juncture.”

Knight Vinke, the activist investor in electricals group Kesa that is considering selling its Comet chain, increased its holding to just over 20%. Arden observed that Knight Vinke’s stake “has been a terrible investment so far” but acknowledged: “Knight Vinke may as well average down and try to put some pressure on Kesa’s beleaguered management to do the right thing on Comet.”

Next week’s red letter retail days will be Tuesday, when Kantar issues grocery data and Asda updates, and the ONS retail stats on Thursday.