Wedding gives boost in sales in run-up to April 29 but drop in footfall is predicted on the big day. 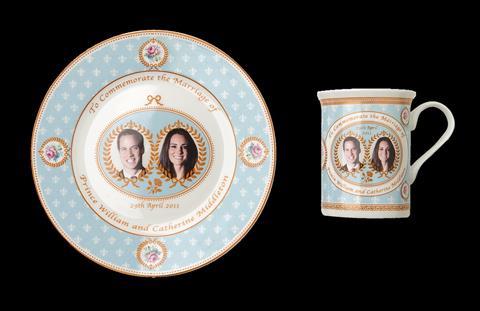 Shoppers were expected to stock up on royal wedding goods in the run-up to the big day but footfall is predicted to slump on April 29 as the nation watches the day’s events, resulting in mixed trade for retailers.

John Lewis director of retail operations Andrew Murphy said it was “a difficult week to call”. He predicts missed sales on the big day, when the department store chain’s shops will open at 1pm, will be made up for by strong Saturday trading.

Footfall was expected to be up 2% year on year in the early part of the week according to Experian as shoppers stock up to celebrate the nuptials but expected then to plummet 16% on the Friday. On Saturday it is expected to bounce back by 6.6%, with London expected to benefit from the influx of visitors.

Inditex UK managing director Dilip Patel said: “Half a million visitors should be coming and they’ll be shopping when they’re here.”

Jaeger chairman Harold Tillman said while shoppers will be watching the procession in the morning “hopefully they’re also out spending money as part of the festivities”.

Morrisons expects each shopper to spend an extra £48 to celebrate the wedding. It predicts it will sell about 90,000 bottles of Champagne and 30,000 packets of bunting.

The wedding weekend is expected to be worth an extra £20m for Tesco as it looks to sell 55,000 commemorative mugs and 25,000 of its royal wedding sponge cakes, while Sainsbury’s predicts bumper sales of its Kate & Wills pies. Asda expects to sell 350,000 royal wedding tea towels.

The weather will play a part in determining the strength of trading over the four-day weekend. Focus chairman Bill Grimsey said the DIY chain enjoyed a “fantastic” Easter due to warm weather stimulating garden product sales. He said: “If we get nice weather we’re hoping for a bumper weekend.”

Figures from Experian show that footfall increased 1.3% across the UK on average in the seven days to Easter Sunday. London footfall declined the most by 4.7% while the Southwest and Wales grew 6.7%.

Murphy said John Lewis sales were “very heavily weather impacted” and it was “not as good a week as we would like”.

One furniture chief executive said the good weather impacts big-ticket purchases and the North performed better than the South as the weather was not as good there.