Richer Sounds like-for-like sales have edged up and helped the company record the highest operating profit in its 36-year history. 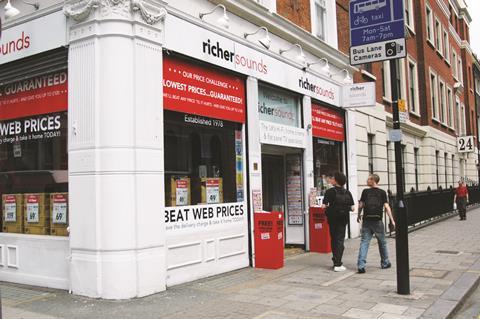 All the business’s 52 stores and one franchise store in Northern Ireland traded profitably after deducting trading expenses including interest, distribution and advertising.

The company is built on slow expansion and fostering a solid culture under the guidance of founder Julian Richer, who owns 100% of the company.

Richer has formed a trust for when he dies that will bequeath the entire business to employees through the formation of a John Lewis-like mutual.

The company has stated in its latest results that its strategy continues to be to consolidate its position through working hard at giving its customers value for money and a service second to none and looking after its employees.