Convenience retailer McColl’s reported a 0.7% rise in like-for-like sales in its first full-year update since its IPO in February. 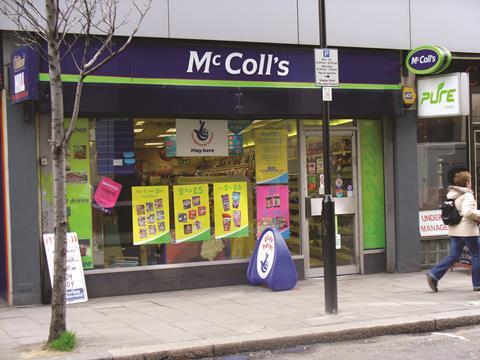 However fourth quarter like-for-like sales were down 1% in the 14 weeks to November 30.

Total sales rose 5% in the fourth quarter and 4.2% over the full year, despite “tough conditions” in the market.

Chief executive James Lancaster said he was pleased with what the business described as a “solid” final quarter.

He said: “I am pleased with our overall progress during the year. In line with the strategy we set out at IPO, we have continued our expansion into convenience through store, product and service development. Customers are responding well to our improved convenience offer, but with disposable income under continued pressure, the consumer outlook remains challenging. Despite these tough conditions we expect the 2014 results to be broadly in line with expectations.”

In the final quarter the retailer accelerated the pace of acquisitions to 21 new premium convenience stores and converted nine newsagent stores to its food and wine format. In the year to date, the group acquired 54 new premium convenience stores, as well as a further six in existing trading locations, leading to 60 acquisitions in total. In addition, 45 food and wine conversions have been completed.

The modernisation of the group’s Post Office network has also been completed. The retailer said the new format has been received positively by customers.