Kingfisher will close 60 B&Q stores as part of a radical restructure of the group as new boss Véronique Laury attempts to turn the business around. 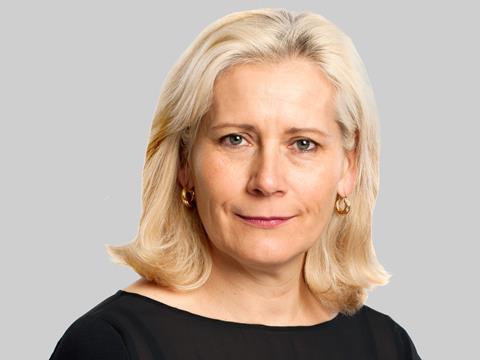 B&Q boss Kevin O’Byrne will leave the company as Kingfisher closes around 15% of “surplus” B&Q stores and its “few loss-making stores in Europe”.

In order to create a “single, unified company”, Laury has made a raft of senior leadership changes.

Laury said: “It is clear to me that we need to organise ourselves very differently to unlock our potential.

Laury is reorganising the group by format as she splits the business into ‘big box’, ‘medium box’ and ‘omnichannel’ and appoints three operations directors to oversee the three business units.

Meanwhile, Kingfisher’s head of group productivity and development Steve Willett will become the omnichannel operations director and in his role will oversee Screwfix and take on the additional role of chief digital and IT officer.

The operating company chief executives will report into the operations directors. It has not been revealed if O’Byrne will be directly replaced.

O’Byrne will leave the business on May 15 and is staying on for a short while to allow “a smooth handover of his responsibilities, further details of which will be announced in due course”.

Laury said: “I would like to thank Kevin for his contribution to Kingfisher over the last six years. He has played an important part in the development of the company over that time and I wish him well in the future.”

The restructure was unveiled as Kingfisher revealed its adjusted pre-tax profits had plunged by 7.5% to £675m for the year ending January 31. Profits were hit by a slower market in France since summer 2014, £34m of “adverse foreign exchange movements” and £22m of charges for new country development activity.

Total sales in constant currencies increased by 2.9% during the period, while retail sales dropped by 1.6%.

Kingfisher believes there is an opportunity to “develop a unique offer that can be sold across our businesses”.

It added it is “becoming increasingly clear that customer needs are already largely the same, that the markets we serve are fundamentally more similar than different.”

The B&Q giant believes its £7.4 billion buying scale is still relatively untapped and added it has a fragmented supplier base.

News of the restructure comes the day after Kingfisher revealed its acquisition of French retailer Mr Bricolage had collapsed.