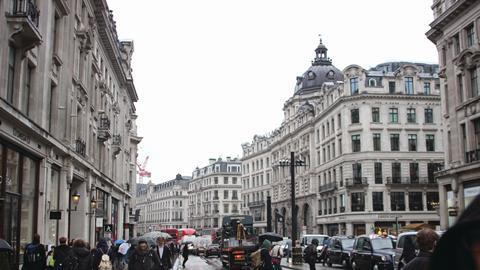 Sales in physical shops have not fallen more sharply since 2008, as shoppers preferred to buy online and “mixed messages and confusing discounting strategies contributed to a downturn across all sectors,” according to the BDO High Street Sales Tracker.

It added that the terrorist attacks in Paris were also putting some shoppers off going to high street and shopping centres. “Even with consumer confidence remaining high, a reluctance to spend on the high street is clearly prevalent,” said BDO.

Sales in the first week of November were down by as much as 5.54% but improved in the Black Friday week, possibly due to the fact shoppers were waiting for the discounting bonanza before hitting the shops last month.

Sales in fashion stores, already suffering from the mild autumn, fell 4.9% over the month. Sales of ‘lifestyle goods’ were down 4%.

“With many retailers setting their hopes on Black Friday to make up the falling retail spending in recent months, figures reveal just how much of a damp squib this year’s Black Friday discounting turned out to be,” said BDO.

However BDO head of retail and wholesale Sophie Michael said there were reasons to remain cautiously optimistic as retailers approach the crucial Christmas period.

“Now Black Friday is out of the way, store-owners will be banking on people having money in their pockets to satisfy pent-up demand in December and spark a pre-Christmas rush of festive shopping to end the year on a high”

“This year retailers were far more organised and tried to create a pre-Christmas shopping event that works for the UK shopper, with many extending offers over a number of days rather than just the Friday. Retailers beefed up their servers and fulfilment centres, and opted for strategic, staggered discounts that were more closely aligned to stock levels.

“The net result was a fall in sales against a high base, but retailers may well have protected their margins.

“The anecdotal evidence so far is that, whilst there have been some hiccups, fulfilment has been much smoother than last year, which must be seen as a success.

“Now Black Friday is out of the way, store-owners will be banking on people having money in their pockets to satisfy pent-up demand in December and spark a pre-Christmas rush of festive shopping to end the year on a high.”