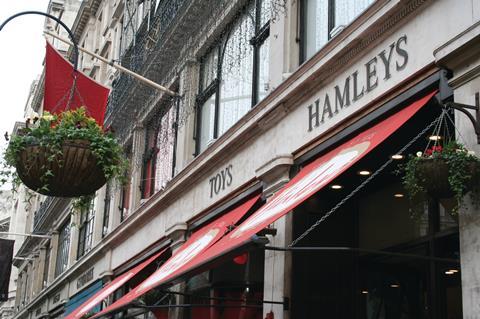 Hamleys’ sales, including its growing international business, came in at £56.6m over the period.

Hamleys chief executive Gudjon Reynisson said the retailer could take advantage of the end of China’s one-child policy and has targeted 100 shops across the country.

Reynisson said that Hamleys international stores will leave its London flagship “in the dust” next year as it eyes expansion in Asia.

C.banner chairman Chen Yixi is understood to have family links to Yuan Yafei – the billionaire behind House of Fraser owner Sanpower.

Hamleys has penned a deal to open concessions in House of Fraser stores, but it is thought the two parties were also in discussions about swapping shares in the retailers.