Furniture retailers have experienced a good start to their Boxing Day Sales despite the snow putting off customers initially. 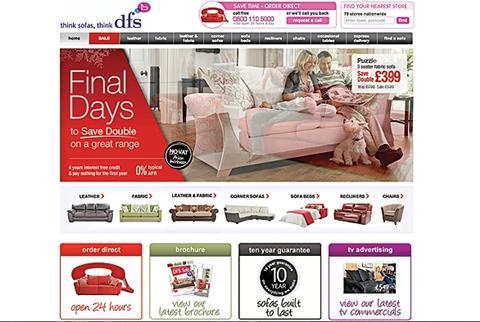 Store groups said they had benefited from shoppers determined to beat the VAT increase by bringing purchases forward.

The managing director of one furniture retailer revealed sales were up 18% in the period from Boxing Day to January 3.

A senior director of another furniture retailer said January 3 was a record day for sales as shoppers strived to beat the VAT increase.

Want to know more about DFS?

A director at another retailer said the period represented “by far our best trading in a year or so” and had beaten forecasts by “some margin”.

He said that, while the snow before Christmas was a “bit of a problem”, the business managed to recoup lost sales, boosted by shoppers buying ahead of the tax increase.

Sofa giant DFS chief executive Ian Filby would not comment on the period other than to say that the retailer was performing “comfortably” in the financial year to date, which began on August 1.

Filby was cautiously optimistic about DFS’s prospects. “We’re not over concerned about our position over the 12-month period,” he said. “It will be very tough but steady.”

Beds specialist Feather & Black managing director Adam Black said the retailer had had a “good Sale period” but remained cautious. “I think January will be fine but it will be tough afterwards. There are troubled waters ahead,” he cautioned.