Game’s sales in its first quarter surged by 17% year on year as it grew faster than the games market generally. 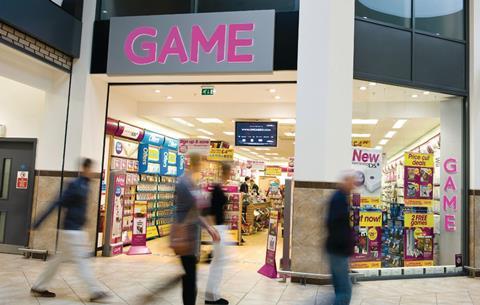 Game’s sales for the 13 weeks to October 25 were above the 14.1% average market growth calculated by GfK for the UK and Spain, the two countries in which the retailer operates.

The retailer’s sales were driven predominantly by hardware revenues as demand for Xbox One and PlayStation 4 consoles remained strong as prices came down a year after launch.

“Overall we remain well prepared for peak, with our campaign ‘It’s Game season’ now launched across all forms of media, exclusives secured on many of the major pre-Christmas new game releases, a great line-up of customer offers across all product categories and a strong balance sheet.”

Game said it has increased its digital market share through in-store and online sales and recorded 49% year-on-year growth in digital receipts.

During the period Game also completed the transfer of 43 of 45 stores from GameStop after the latter decided to pull out of Spain.