Deloitte racks up an extra £5.5m in fees for Woolworths administration

The administrators of bust variety store group Woolworths have notched up an additional £5.5m in fees for their work, bringing the total so far to £9.3m. 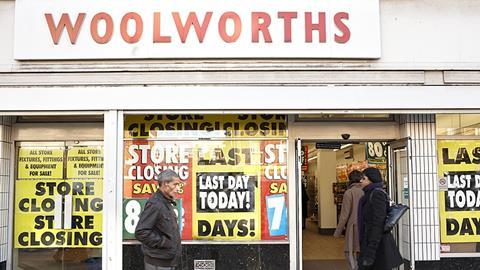 The figure was disclosed in administrator Deloitte’s progress report to creditors, circulated late last month, which also revealed that the period of administration has been extended until May 26.

Administrators’ expenses doubled to £166,000 since Deloitte last reported in May last year while retail consultants’ fees increased by £2.8m to £8.4m and legal fees - excluding those related to property - increased by £2.3m to £3.4m.

In the report, Deloitte said the “vast majority” of trading liabilities, such as stock purchases and staff costs while Woolworths traded in administration, have now been settled.

Preferential creditors - such as employees with claims relating to wages or holiday pay owed - will be paid in full, subject to statutory limits. “We are currently in the process of agreeing such claims and it is expected a dividend will be declared in early 2010,” said Deloitte.

But unsecured creditors are unlikely to receive anything. Although up to £600,000 would be available for distribution under “prescribed part” rules, the administrator will apply for court authority for the relevant regulation not to apply.

The reason given was that “in view of the possible number of unsecured creditors, the administrators consider the cost of making a distribution of the prescribed part to unsecured creditors would be disproportionate.” If the court agrees, the cash will go to secured lenders who have already been repaid £324.9m “along with interest due and certain fees payable”.

Deloitte said the administration period is being extended because of the complexity of the task.