The City has welcomed the appointment of Dalton Philips as chief executive of Morrisons, and many analysts expect the grocer to adopt a more aggressive growth plan. 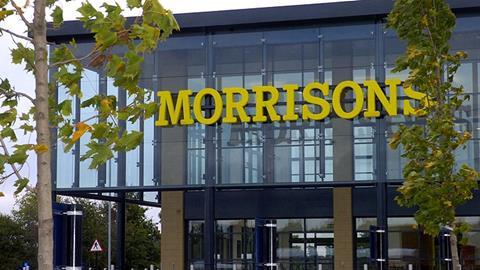 Philips - who will join in March from Canadian retailer Loblaw - has a wealth of retail experience, including stints at Walmart Germany and Irish department store group Brown Thomas. Caroline Gulliver, analyst at broker Execution, said Philips received a “glowing recommendation” from former colleagues at Walmart Germany.

She said key areas where colleagues agree he made the most headway are significant cost management, improving in-store availability from 92% on his arrival to 98.5%, and raising retailing standards by establishing tighter procedures.

Shore Capital analyst Clive Black said Philips has “a breadth of retail and consumer experience across both food and non-food and in a variety of international markets”. He added: “That broad experience could yet be significant to Morrisons’ strategic development if a path of diversi­fication is ultimately followed.”

While Philips is not a high-profile name in the UK, Bernstein analyst Christopher Hogbin said neither Marc Bolland nor finance director Richard Pennycook were “especially well known in the food retail world” but “together they delivered a turnaround in Morrisons’ performance that exceeded our expectations”.

Some concerns about Philips were expressed. Execution said his appointment is a “massive move for someone who hasn’t ever run a quoted company”, and he will need to “take his time to settle into the existing Morrison mould”. Also, the broker said there is no evidence Philips has any expertise in online.

The City also raised concern about the potential loss of Pennycook. Black said “there may be some disappointment within the camp” as Pennycook missed out on the top job.

Truman said Pennycook is “a class operator” and his retention “should be key to smooth the transition”.

Jefferies analyst James Grzinic said if Pennycook was in the frame for chief executive it “introduces risks to the group’s stability”. He said: “Reassurances of Pennycook’s continued commitment to Morrisons will be crucial to the stock.”