It was another frustrating week for investors in retail companies as food and general merchandise groups put in a lacklustre showing versus a wider market advance. 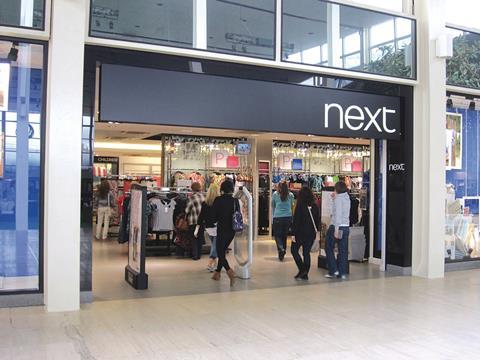 The BRC reported the worst retail sales growth in six months for November, when total revenues inched up 0.7% but like-for-likes slipped 1.6%.

Jefferies noted that food was “resilient” in November, but non-food was “dire”. The broker said: “Clothing in particular looks to have deteriorated sharply. Signs of increasing pricing support in food suggest a strong outlook for this category in coming months.”

Evolution was worried by the BRC data and observed: “In the face of weakening demand and intense competition, heavy and frequent promotional activity has become the norm. This has negative connotations for margins through the key Christmas trading period.”

Investec made wide-ranging changes to its recommendations on general retailers in light of low consumer confidence and squeezed spending power. The broker recommended switching out of Marks & Spencer into Next, which it raised from hold to buy. M&S, Debenhams and Game were all cut from buy to hold, and Kesa and Mothercare from hold to sell.

Troubled Blacks Leisure put itself up for sale but warned that investors might see no return as a result.

Bosses of electricals group Kesa were confident that the sale of loss-making Comet would go ahead as they issued interim results. Panmure, however, stuck to its sell stance because of the weak performance of Kesa’s flagship business, French outfit Darty. The broker cut its price target from 80p to 70p.

In the midst of all the gloom, DIY giant Kingfisher provided a bright spot. Following the B&Q owner’s third-quarter update, Numis reiterated its buy advice and said: “Kingfisher has been our top large cap pick for a while due to the combination of margin self-help, international expansion, market leadership and strong management.”

Espirito Santo, also a buyer, said: “This statement provides further evidence of the sustainability and consistent delivery of the growth margin strategy, which is being driven by direct sourcing and ranging rather than pricing.”

Next week will bring updates from retailers including Supergroup and Carpetright.