Sir Philip Green’s Arcadia Group has reported a 13% rise in pre-tax profits, despite the recession. 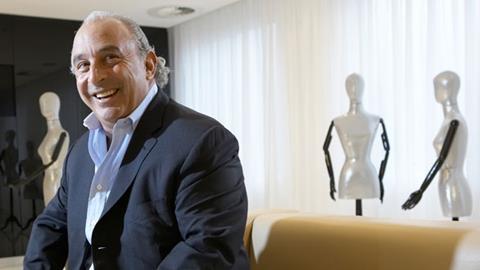 UK like-for-likes were flat, but the new financial year has started well with current trading up 2.3% like for like.

The results do not include Bhs, which became part of the Arcadia Group in July.

Young fashion brands Topshop, Topman and Miss Selfridge all had record years, and Green said the Topshop flagship in New York was performing ahead of plan.

Green said he was pleased with the performance in what he described as “one of the most challenging retail landscapes I have seen,” but added that he was cautious about the year ahead and said that the VAT increase, unemployment and the general election will make for more tough trading conditions.

It was also announced that chief operating officer Ian Grabiner is to become chief executive of the enlarged Arcadia group.