Inditex, the owner of Zara, revealed first-half net profits surged 26% to €1.16bn (£846m) following sales growth across all of its markets. 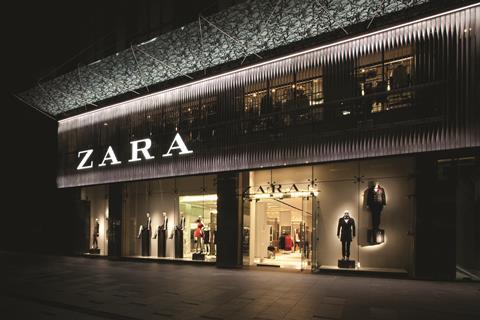 In more recent trading, store and ecommerce sales in local currencies jumped 16% from 1 August to 10 September.

Inditex, which also owns fashion retailers Bershka and Pull & Bear, opened 94 new stores across 35 markets during the first six months of the year, bringing its total store across 88 markets to 6,777.

The Zara and Zara Home fascias accounted for the majority of the openings with 24 and 25 shops respectively.