Reiss has ramped up its focus on global expansion after full-year group profits doubled, although losses from its international division widened. 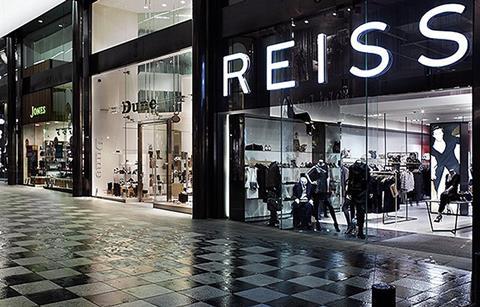 However, losses from its international division grew from £1.1m to £1.9m. Reiss was particularly badly affected in Russia, where it has three stores. Currency fluctuations also hampered international earnings.

Reiss, which has around 130 stores across 12 countries, said group like-for-likes increased “significantly”, but did not offer more detail.

The retailer is currently in the third year of a “strategic plan”, while it emerged in July that founder David Reiss is considering selling a minority stake to fund further international expansion.

Reiss has already accelerated its international presence in 2015 and opened stores in Toronto, Hong Kong and its first standalone European shop, outside the UK, in Hamburg.

However, Reiss said: “Trading in the final year of the strategic plan has continued to improve and this performance has enabled us to accelerate the brand presence internationally.”

The retailer will also open its first two stores in Australia in 2016, in Melbourne, with more to follow. A first store is also planned in Nice, France next year.

Reiss has also added to its franchise partners and is trading in four sites in the Philippines, and will open stores in India through Reliance Group.

The retailer said its ecommerce sales continued to grow “significantly” through its own site and third-party sites, which include Asos, Very Exclusive and Zalando.