No sales growth expected at New Look's Mim until 2012

Mim, the 300-store French young fashion retailer owned by New Look, is expected to report negative sales until 2012, according to research released as part of the retailer’s imminent float. 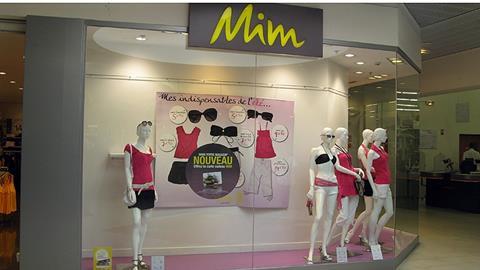 According to The Daily Telegraph, like-for-like sales at Mim fell by 14% over the financial year to March 2009 after the chain was hit by a weak French clothing market and management issues.

The figures are included in a research note prepared by bank Credit Suisse, which is a joint sponsor and book runner on the New Look flotation.

New Look has 307 Mim store in France and Belgium.