Monsoon Accessorize has recruited from inside the business after its international boss was poached by Mothercare. 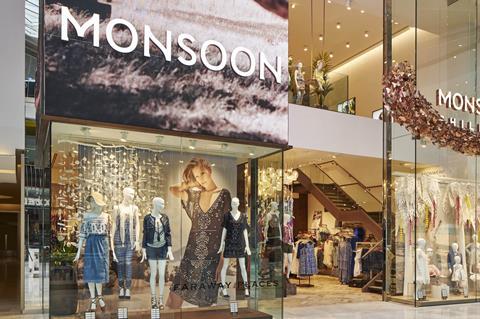 Monsoon is mid-way through a turnaround plan.

Harriet Poppleton was formerly international franchise and business development director, a role she had held since September 2016.

She worked at Monsoon as an international regional controller for eight years from 2006 and then rose rapidly through the business.

Monsoon is currently mid-way through a turnaround plan. It has struggled in a tough fashion market recently, deciding to close about 141 dual fascia stores over the next five years and instead run the two businesses as separate entities.

Monsoon did not disclose a like-for-like sales figure.

It installed Paul Allen as its permanent chief executive in January, nearly a year after he became interim boss.

Allen, who joined Monsoon in 2013 as finance director, took over from John Browett as its chief last February.