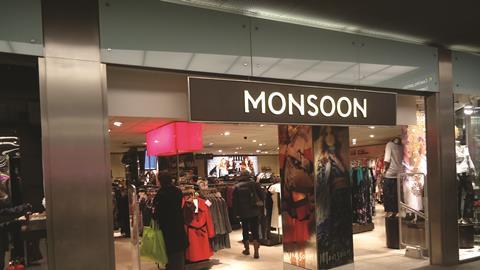 Monsoon Accessorize has defended itself after being named and shamed by the Government for failing to pay 1,438 workers the minimum wage.

The fashion retailer came top of a list of 115 employers that have breached the minimum wage law. The total wages that Monsoon Accessorize neglected to pay was £104,507.83, the Department for Business, Innovation & Skills (BIS) said.

The company has had to reimburse staff and pay a fine of £28,147.81, according to The Guardian.

The latest list, part of a scheme set up in October 2013, found that in total the 115 companies named owed workers more than £389,000 in arrears, and span sectors including hairdressing, retail, education, catering and social care.

A Monsoon Accessorize spokesman said it has “recently been working with HM Revenue & Customs in a wide-ranging review of its payroll practices in relation to the national minimum wage”.

He said: “This review has revealed an historic, unintentional breach of the regulations in respect of its staff discount policies for Monsoon clothing.

“Monsoon is pleased that this issue has been identified and has already taken prompt action to remedy it.”

It is understood that Monsoon’s hourly rate fell below the minimum due to its policy of offering staff discounted clothes to wear at work, with the cost factored into their wages.

BIS said all the cases were “thoroughly investigated” by HM Revenue & Customs.

The Government’s new national living wage takes effect next April, which means businesses will have to pay staff aged 25 or over a minimum of £7.20 per hour, rising to around £9 an hour by 2020.