Matalan’s parent company has reported an increase in full-year profits as the retailer rowed back on discounting. 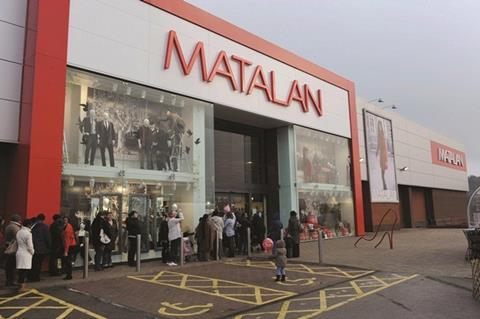 Missouri Topco posted a 37% jump in EBITDA before exceptional items to £77m in the year to February 25 as a renewed focus on driving full-price paid dividends.

However, revenues before exceptional items dipped 2% to £1.03bn, according to Drapers.

The business said reducing discounting was prioritised over sales growth, resulting in a “significant increase” in the proportion of full-priced sales.

Matalan added that improvements in its supply chain – including the fixing of problems at its Knowsley warehouse – drove better availability in its stores.

Productivity savings within the supply chain and its store operations offset the impact of wage inflation, Matalan said.

The retailer opened four new out-of-town stores during the year in Southampton, Christchurch, Fareham and Charlton, and rolled out its Home Extra format in three stores.

A further 50 Matalan stores will be refurbished in the coming year, while the business will also launch a new ecommerce platform.