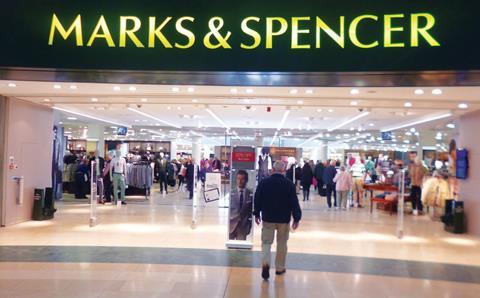 Overall like-for-likes fell 2.7% in the quarter to December 27 as womenswear sales failed to rebound.

It represented the 14th consecutive quarterly fall in like-for-like sales at Marks & Spencer.

M&S said its clothing performance was impacted by the warm autumn and disruption at its Castle Donington ecommerce distribution centre in December. The retailer said last month it was struggling to cope with demand. Online sales slumped 5.9% in the period.

However the retailer reported “good progress on gross margin” in its general merchandise arm, which also includes home, and its guidance remains unchanged at 150 to 200bps up. M&S said it “deliberately” held back on promotions despite heavy discounting after the warm autumn.

The retailer reported a better sales performance in food, with like-for-likes up 0.1% in the quarter and total sales up 2.8%.

M&S said it outperformed the grocery market and reported a record sales rise of 17% in the week before Christmas.

International sales fell 5.8% “impacted by the worsening currency and macro-economic issues across the Middle East and Russia”.