Marks & Spencer has suffered the biggest loss of market share of any fashion retailer, despite turnaround efforts from new boss Steve Rowe. 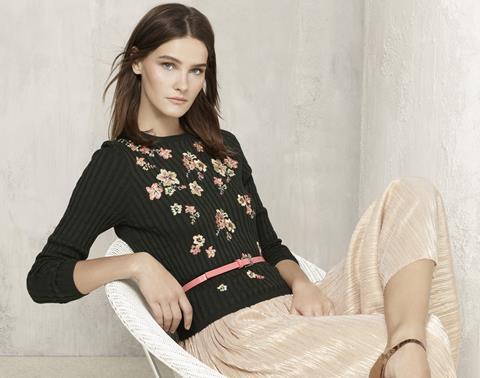 Broker Bernstein cited Kantar figures for the apparel sector which showed that in the 24 weeks to July 31, M&S underperformed in an already subdued market.

M&S’s sales dropped 7.3% in the 24-week period, resulting in its overall market share dropping 0.5 percentage points to a 9.4% market share.

Bernstein analyst Jamie Merriman said: “At M&S it is difficult to see how management can achieve the stated objective of reducing promotions and reversing trends in market share losses at the same time.”

An M&S spokesman said the company does not comment on analyst notes.

“At M&S it is difficult to see how management can achieve the stated objective of reducing promotions and reversing trends in market share losses at the same time.”

Rest of the market

The Kantar figures found that during the six-month period the UK clothing market declined 2.6%. That decline was comprised of a 3.1% decline in volume and a 0.5% rise in price inflation.

However, the second half of the period saw the market recover slightly, declining by only 1.5%. That 1.5% decline was made up of a 1.8% decrease in volume and a 0.3% increase in prices.

Different sectors of the market were met with very different fates: internet pureplays and sports shops both gained market share while clothing multiples lost out.

Value fashion underperformed the market while more premium retailers performed in line with the market.

While M&S lost the biggest market share, Next, Sainsbury’s and Primark were the big winners among the major retailers. Outside the top 10, Asos and Zara were notable success stories.

Merriman added: “Next continued its relative outperformance versus M&S as it has gained share while M&S continues to lose share, but there are clear questions about Next’s medium-term sales growth potential.”

He added that, due to Wolfson’s decision to pass costs onto consumers following the devaluation of the sterling, Next would underperform the market.

Fashion retailers have struggled lately, as unpredictable weather and the shift in consumer spending to leisure and away from retail have taken hold.

Retail bellwethers Next and John Lewis both issued sobering results last week while Bon Marche issued its second profit warning in a year on Wednesday.