Marks & Spencer has begun its search for a new clothing boss, reportedly approaching former Next executive Christos Angelides about the role. 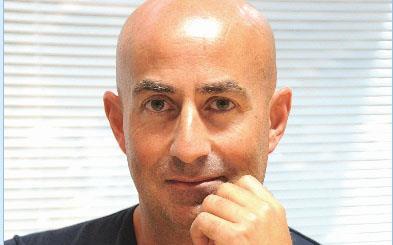 Angelides left Next, at which he worked from 1986 to 2014, ending up as group product director, to try to reverse Abercrombie & Fitch’s flagging fortunes.

However, he stayed there just over a year before returning to the UK to take on non-executive roles at companies such as French Connection.

According to Sky News, Angelides is among a small pool of candidates which includes both external and internal options, including Jo Jenkins, who took on the extended womenswear, beauty and lingerie remit in September 2015.

The role would see the successful candidate take on responsibility for M&S’s famously challenging clothing department – regarded as one of the toughest jobs in retail – but would not equate to a seat on the board.

M&S’s clothing department chalked up its second positive quarter in five years in the 13 weeks to December 31 – the first Christmas under new boss Steve Rowe.

Rowe initially kept the clothing and home job, his post under former boss Marc Bolland, when he was promoted to chief executive, instead of handing the role to a more junior internal candidate.