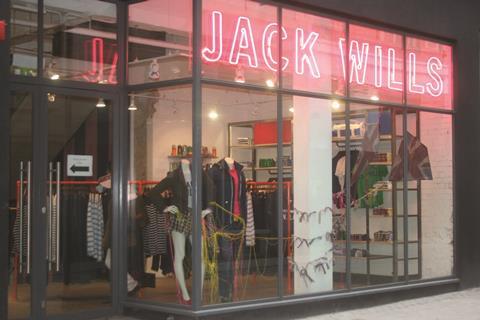 Jack Wills has had a challenging few years

The retailer, led by Peter Williams, said like-for-like sales inched up 1% year-on-year in the five weeks to December 31.

Its profit margin widened 6% too after the retailer cut back on discounting.

Williams said the Christmas performance was helped by the introduction of a women’s sportswear range, designed to capitalise on the “athleisure” trend.

Although its official launch was earlier this month, he said Jack Wills had “quietly put some products out in mid-December”.

The retailer’s bath and beauty category grew 44% during the period, and international online sales doubled.

The acquisition was revealed as Jack Wills posted a 41.4% slump in full-year EBITDA to £5.1m.