Gumball Rally-owner set to take on Superdry with London flagship

Gumball 3000, the company behind the Gumball Rally, will open a London flagship store within the next year, as it plans to be a “global retail powerhouse”. 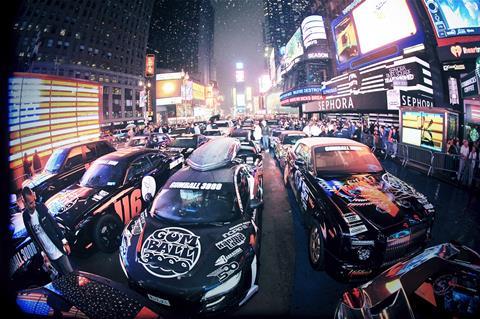 Gumball is currently in talks with “ a number” of landlords as it searches for the ideal location in the Capital.

The London opening will be followed by stores in Dubai, New York, Mumbai and Shanghai.

Maximillion Cooper, founder and chief executive of Gumball, said: “The retail expansion is the cornerstone of our ambitions to grow Gumball into a £1bn lifestyle brand within the next five years.

“We already have a devoted following for Gumball apparel and we want to capitalise on its success by building our own retail footprint to take on the likes of Superdry.”

The new stores will sell menswear, womenswear, kidswear and accessories.

Gumball clothing is already sold in 120 independent UK stores and last year it generated sales of £12m, a similar level to the US business.

Gumball is best known for its annual rally which is now in its 15th year. A hundred cars took part in the rally last month. Its famous participants included actor and presenter David Hasselhoff, chart-toppers Rudimental and skateboard legend Tony Hawk.

Cooper added: “At the level of the Rally, Gumball will always be a high-end aspirational brand. But on the retail level, our clothing will be affordable for the millions of fans of the brand across the world.”