Edinburgh Woollen Mill owner Philip Day has emerged as the frontrunner to acquire Jaeger, according to reports. 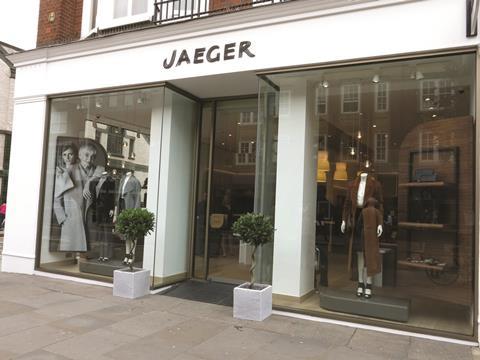 Day, who snapped up menswear business Austin Reed last year, has muscled his way to the head of a queue that is thought to include Sports Direct tycoon Mike Ashley and former Jaeger owner Harold Tillman.

Jaeger owner Better Capital is preparing to sell the business, which it values at £30m, drafting in Alix Partners to sound out potential buyers.

The Daily Mail reported that Edinburgh Woollen Mill had the upper hand due to its track record of turnarounds, having also bought Peacocks and Jane Norman out of administration in recent years.

Better Capital acquired Jaeger for £19.5m in 2012, but it has found trading turbulent in the fiercely competitive fashion environment.

According to accounts filed at Companies House, Jaeger suffered a pre-tax loss of £5.4m last year, after sales fell to £78.4m from £84.2m the prior year.