Burberry underlying profits and sales up amid challenging global conditions

Burberry has reported a 14% increase in underlying sales and a 6% rise in profits for the six months to the end of September. 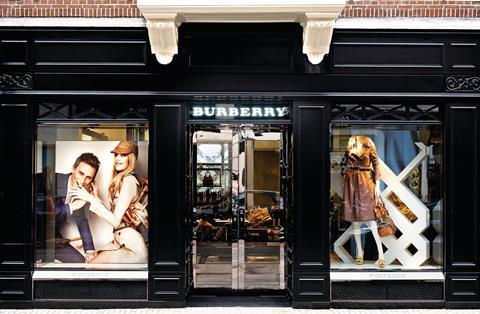 However, the luxury group said that it faces a “difficult external environment” as it continues to invest in overseas markets.

Burberry’s revenue was £1.1bn across the group, up 14% year on year accounting for adjusted items and changes in exchange rates, or a more modest 7% on a reported basis.

Underlying adjusted pre-tax profit in the period was up 6% to £152m. However on a reported basis earnings fell 12% from £174m in the same period last year.

Burberry cited movements in international currencies for the fall in reported profits - £31m was lost as a result of exchange-rate fluctuations in the period.

Chief creative and chief executive officer Christopher Bailey said: “Looking ahead, in a more difficult external environment, we continue to focus on the things that we can control.

“Through authentic products, great customer experiences and a culture of continuous improvement and innovation, we remain confident of Burberry’s sustained outperformance.”

The retailer said that was partly driven by ongoing investment in digital technology in stores, including the inclusion of iPads for ordering from its ecommerce site, which accounted for a quarter of all of its digital sales. A fifth of digital sales were made through Burberry’s click-and-collect service.

The retailer opened nine stores globally but closed eight as it continued to focus on “flagship” locations and expand its presence in “under-penetrated” markets such as China.

That was part of a wider reshaping of the retailer’s property portfolio. It plans to open 20 new stores and close the same number by the end of the financial year. Openings will be concentrated in new strategic locations such as airports. Some existing shops will be relocated.

Burberry has identified China as a key market, pouring investment into improving in-store experience and digital engagement through a collaboration with Chinese social network WeChat.

In September the retailer unveiled relaunched versions of a number of its trademark products, including the heritage trench coat and cashmere scarves collection. The updated products were initially launched in 30 stores and online and have since been made available in 200 branches.