US fashion retailer American Apparel has appointed its first female boss after ousting Dov Charney over allegations of sexual misconduct. 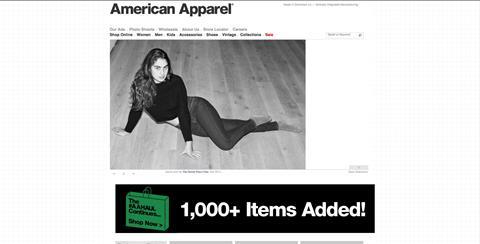 Paula Schneider replaces controversial founder Charney, who was suspended in June, but remained at the retailer as a consultant.

American Apparel said that after an internal investigation it has terminated his position “for cause”.

Schneider assumes the role in January. She has worked at clothing companies including Warnaco Gores Group and BCBG Max Azria.

A statement from the board said: “Based on this investigation, the special committee determined that it would not be appropriate for Mr Charney to be reinstated as CEO or an officer or employee of the company.”

Charney said he was proud of leading American Apparel and “confident that, as its largest shareholder, I will have a strong relationship with the company in the years ahead”.

American Apparel co-chair of the board David Danzinger said Schneider would “bring stability and strong leadership in this time of transition”.

Schneider said: “My goal is to make American Apparel a better company, while staying true to its core values of quality and creativity and preserving its sweatshop-free, Made in USA manufacturing philosophy.”