Foyles chief executive Sam Husain to retire from the bookseller

Sam Husain is retiring from his role as chief executive of bookseller Foyles, the retailer revealed today. 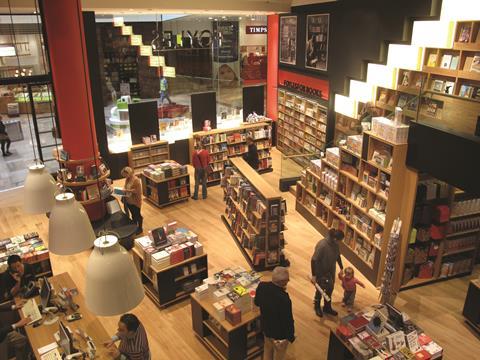 Husain, who joined Foyles as chief executive in May 2007, will leave the retailer on his 68th birthday in April.

He will be replaced by Paul Currie on February 16.

Husain will step down from his role as chief executive on that date, but will stay at Foyles until April 30 to “facilitate a smooth handover.”

From May 1 onwards, Husain, who guided Foyles to five consecutive years of profitable trading, will become a non-executive director at the bookseller.

It was also named Children’s Bookseller of the Year in 2012.

Last week Foyles revealed plans to open only its second store outside of London, at the £150m Grand Central Birmingham retail development.

Husain said: “The almost eight years I have been chief executive of Foyles have been enjoyable and fulfilling.

“The staff, managers and management team are committed and second to none and are now led by a capable and proven chief executive.

“I believe the company is in excellent hands and in a good position to grow further and benefit from opportunities that arise.”

“His leadership has made the past eight years exceptional, culminating in a superb Christmas at our new flagship store and across the business and news of an exciting new opening in Birmingham.

“I have enjoyed working with Sam enormously. I’m looking forward to welcoming Paul Currie to Foyles and benefiting from his extensive experience in the retail sector.”

Currie has previously worked with a host of British retail brands including Molton Brown, Cath Kidston and Hamleys.

He started his career with store management positions at Marks & Spencer, where he eventually went on to manage multi-regional European store development in France.

Currie has also acted as a consultant to a number of retailers including Cath Kidston and the White Company, and most recently acted as strategy adviser to the executive chairman of Crabtree and Evelyn.