End of an era at Clinton 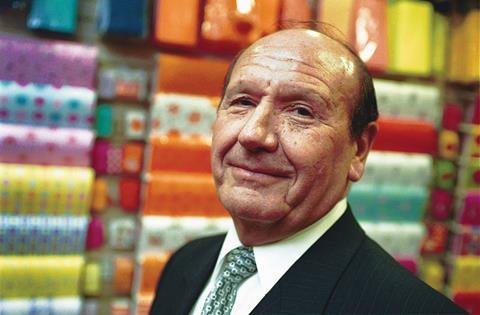 The end of an era is on the cards at embattled retailer Clinton, which is considering handing day-to-day management of the group to someone outside of the Lewin family for the first time.

The retailer is searching for a new managing director as founder and chairman Don Lewin, 77, is understood to be putting a succession plan in place ahead of his retirement.

His son Clinton Lewin, who the retailer is named after, would step up to a new role - potentially chairman - from his present position as group managing director.

The management restructure comes as the retailer fights both the consumer downturn plus fierce competition from supermarkets, online businesses and rival specialists such as Card Factory.

Clinton issued a profit warning in January and put its Birthdays business in Ireland into administration in March.

It is not known how soon the management restructure will be implemented, or how close the retailer is to appointing a new boss. However, management has been meeting prospective candidates from outside the company for some weeks.

It would be a historic move for the family run business, which has always been run by a Lewin family member.

Don Lewin’s daughter, Debbie Darlington, also sits on the board as product development director. Lewin family members own a third of the quoted business between them.

Retail Week Knowledge Bank director Robert Clark said: “It is a key moment in the evolution and development of the business.”

He thought that the retailer should benefit from outside input. “There comes a time, particularly in a quoted company, when it becomes appropriate for an organisation that is family dominated to look outside,” he said.

There was speculation last month that Clinton’s management was mulling a buy-out of the retailer, but sources said this is unlikely at present.

Clinton Cards, which has reduced its group store count from 1,300 to 800 in the six years to 2011, has fought back against falling sales with the launch of a new hi-tech store format.

The market leader has also launched a personalisation website and has rebranded itself to Clintons on its new stores and its website to better reflect its wider product offering, which also encompasses gifts.

Clinton Cards was founded by Don Lewin in 1968.