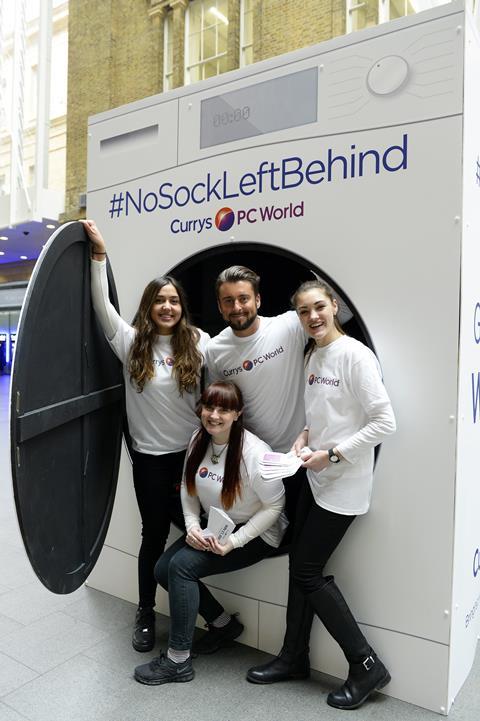 When it came to grabbing the attention of commuters, Currys PC World cleaned up during a visit to London’s King’s Cross train station.

The retailer set up a giant washing machine on the concourse to mark the launch of the new Samsung AddWash – a new model featuring two doors, which allows users to add any forgotten washing mid-spin.

A dance troupe took to the stage throughout the day, performing around the washing machine every hour, while train passengers were encouraged to return ‘missing socks’ that were handed out around the station for a chance to win £1,500.

You could say they were ‘money laundrying’.

Carry on celebrating… at Fortnum & Mason 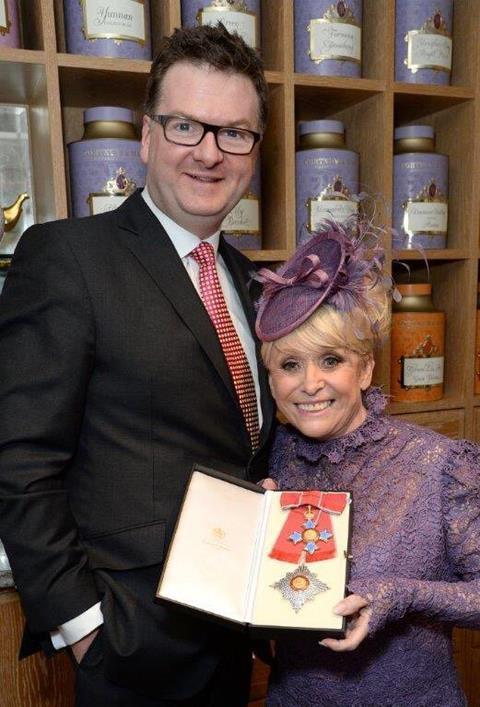 Dame Barbara Windsor could have been forgiven for taking a leaf out of her EastEnders character Peggy Mitchell’s book and hitting the bar after being honoured by the Queen.

But the newly named Dame instead carried on her festivities in the tea salon at Fortnum & Mason.

The luxury retailer’s boss Ewan Venters tweeted a picture of himself alongside Dame Windsor at its Piccadilly store. We hope they both found time to Carry On Drinking after pausing for photos.

Retailers prepare for the next Commando Challenge

Retailers are used to challenges on the shopfloor but the time of year has come around again when they get the chance to test themselves in the open when the Directors’ Commando Challenge returns on Friday May 13.

Retail Week is delighted once again to support the event, which raises much-needed funds for The Royal Marines Charity and takes place at the marines’ famous assault course.

Last year teams from Asda and Screwfix were among the participants, and the hope is many more retailers will send teams this year. For details visit thecgroup.org.