Darty boss Regis Schultz has welcomed takeover interest in the retailer and insisted the French electricals market needs to be consolidated.

The UK-listed business has been targeted by its domestic rivals Fnac and Conforama, which was acquired by retail giant Steinhoff in a €1.2bn (£950m) deal back in 2011. 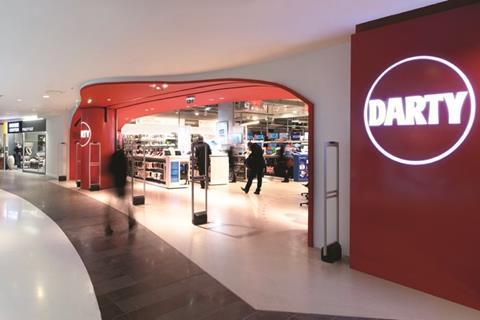 Fnac had looked poised to complete a deal after agreeing key terms with Darty over an offer last November, but the South African conglomerate crashed the party earlier this month, lodging a 125p per share all-cash offer for the business, valuing it at £673m.

That came on a dramatic afternoon last Friday, when Steinhoff also pulled out of the race to acquire Home Retail-owned Argos, which now appears destined to be sold to Sainsbury’s for £1.4bn.

But while Sainsbury’s has emerged as the clear front-runner to tie up a move for Argos, Steinhoff’s Conforama could still face a rival bid from Fnac, which yesterday insisted it was “considering its position” and urged Darty’s shareholders to “take no action.”

On the subject of a potential takeover by either business, Darty chief executive Schultz told Retail Week: “It would give us the ability to increase our weight, in terms of buying. We are dealing with big guys.

“One of the issues in the French market is that it is too fragmented. If you take Darty, we are market leader, but we have 15 or 16% market share. If you take Dixons Carphone, they have 25% of the UK market.

“Today, I don’t think you can have as many electricals brands as there have been in the past, so we need to be part of this process.

“For me, there is more value to be created in consolidating in white goods because that is a market in which we can leverage our size more efficiently.”

However, Schultz refused to be drawn on which takeover approach he would favour, should Fnac hit back at Conforama with a firm offer of its own.

“I think you have to prefer the one that creates the most value for the shareholders and for Darty’s people,” he said.

“The good thing about English governance is that you have a chairman and during a takeover, the chairman is doing all the things related to the takeover.”

“We are working for our shareholders and to create value for them. The bidder that creates the most value will be the best one for Darty.”

Schultz denied that the ongoing acquisition saga had become a distraction for him or the business and praised non-executive chairman Alan Parker – who holds a similar role at Mothercare – for taking care of the potential takeover.

He added: “It’s a distraction if it takes your time, but I think the good thing about English governance is that you have a chairman and during a takeover, the chairman is doing all the things related to the takeover and the chief executive is managing the business.

“It’s part of the life of a corporate company. But what I say is that you have your influence circle and your preoccupation circle. This is a preoccupation, but you cannot influence it, so let’s spend our energy in what we can change and what we can do to look after the consumer.”