Wesfarmers has revealed that former Asda boss Archie Norman will help oversee its bid to conquer the UK DIY market with its Bunnings fascia.

Retail veteran Norman, who has been an adviser to Wesfarmers since 2007, has been appointed to a three-man advisory board to guide Bunnings in the UK. 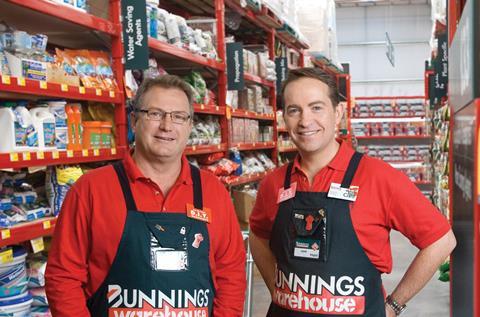 Former B&Q Asia chief executive Matt Tyson and ex-McKinsey partner and Lazard adviser Michael Mire are the other two members of the board.

Norman is also a former finance boss of Kingfisher.

Speaking to Retail Week, Gillam also revealed the business is “on track” to have its first pilot Bunnings store open as soon as October, but would not specify its location.

On the appointment of Tyson, Gillam said: “He’s a very well-credentialed UK retailer.

“He made his name at B&Q and then spent some time at Castorama. More recently he’s been in Australia working for a competitor business, which gives him a unique insight into our business.”

Gillam described Mire as “a really strong thinker” who ”brings some real discipline”.

“We’ve drafted in a lot of powerful people to help us get things right,” he added.

Gillam said the Bunnings’ management team, led by managing director Peter Davis and finance boss Rodney Boys, is now “well established and growing”, confirming that six executives have been brought over from Australia to oversee the changes. However he declined to name the other individuals.

Gillam also revealed former Halfords and Wickes property director, Andrew Mason, has been appointed as general manager of property, and Martina Kay as head of HR at Bunnings UK.

Kay has previously worked at retailers including M&S, Arcadia and Debenhams.

Gillam told Retail Week that, so far, he is “very pleased” with the performance of the business.

He said: “Homebase is the platform that we wanted it to be and the market is as we were viewing it – attractive and growing.”

During its first four months Bunnings has been “working urgently” to halt Homebase’s store closure programme. Gillam said that by ”pulling seven stores back from the cliff edge” the retailer has saved around 200 jobs. Bunnings hopes to prevent the closure of 11 further stores, potentially saving up to 500 more jobs over the next 12 months.

At the strategy day, Wesfarmers confirmed its plan to invest $1 billion in Homebase with a view to making an 18% return on capital within five years.

“We will look to open a range of stores before doing lots of fine tuning and testing. We don’t expect the first store to be perfect,” Gillam told Retail Week.

“Successful pilots are an absolute precursor to further investment”, he added.

Gillam also confirmed that ecommerce was “very much part of the Bunnings strategy” and unveiled plans to “substantially enhance” the existing platform.