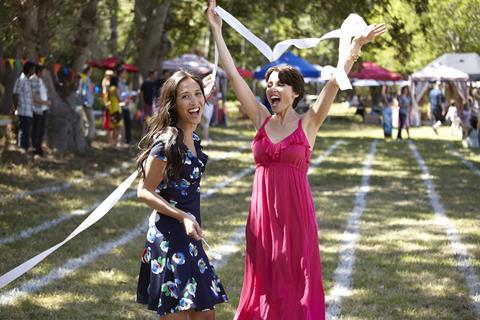 In the ad (below), model Twiggy - whose first collection for M&S will be available online from April 12 - hosts a summer garden party referencing the Queen’s Jubilee celebrations in June.

Guests including Lisa Snowden, Jamie Redknapp and Noemie Lenoir enjoy an egg and spoon race and garden tennis – a nod to the sporting summer ahead with the Olympics. Take That star Gary Barlow does a cover of a George Harrison’s Here Comes The Sun.

Steve Sharp, executive director of marketing at M&S, said: “It’s going to be the summer of a lifetime for our customers and we want to do something extra special to mark this celebratory year. Just like the royal family and our sporting heroes, M&S triggers a unique reaction in the hearts and minds of the British public and this campaign really encapsulates that sense of fondness and nostalgia.”

Klass has been the face of M&S TV since 2007, while Barlow and Take That fronted Autograph menswear in 2008. Minogue has previously fronted M&S’s spring 2010 fashion campaign, while Redknapp and Snowdon are the faces of M&S Man and M&S Woman.