John Lewis sales boosted by Halloween and half term

John Lewis’s weekly sales broke through the £100m barrier for the first time this year as it capitalised on Halloween and the October half term.

Sales at the department store business jumped 7.2% year-on-year to £102.8m during the week ending October 29.

John Lewis said its home category posted a 5.5% sales uplift, as its Halloween ranges proved the “standout” performer with sales more than doubling during the week.

It also proved a record seven days of trading for the retailer’s West Elm collaboration as shoppers also began preparing their homes for Christmas. 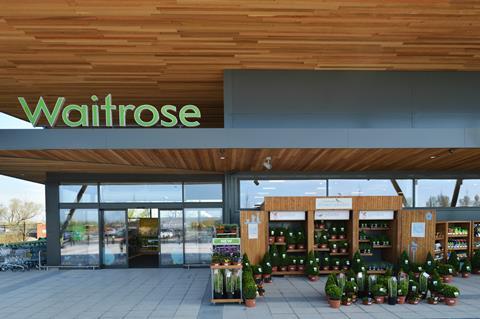 Sister retailer Waitrose suffered a 1% dip in sales to £125.4m during the week, despite customers clamouring to prepare for Halloween trick or treating and Christmas parties.

Waitrose said its sales figures were hampered by Halloween falling in the equivalent trading week last year, while its 2015 numbers were also helped by “strong marketing activity”.

Turkey orders specifically were up 50% year-on-year.

In other categories, Waitrose’s ‘Fish Friday’ promotion – which gives myWaitrose customers 20% off service-counter fish – drove sales up 75%, while a similar ‘Weekend Roast’ deal sparked a 100% spike in roasting joints.

Sales of Halloween flowers, including black painted roses and glow-in-the-dark floral arrangements, soared 117% as shoppers decorated their homes ahead of October 31.