John Lewis boss Andy Street is set to throw his hat into the ring to become the first ever elected mayor of the West Midlands.

Street, who hails from Birmingham and officially opened a John Lewis store at the city’s Grand Central development last year, is considering applying to become the Conservative party candidate for the upcoming election, according to local media. 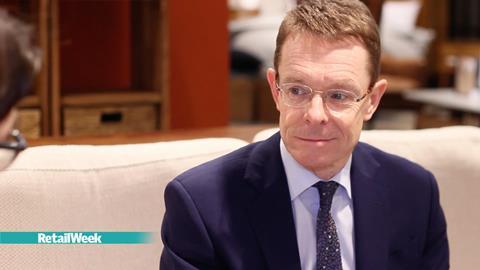 Voters in Birmingham, Coventry, Walsall, Wolverhampton, Solihull, Dudley and Sandwell will go to the polls in May next year as part of Government efforts to hand more power to elected mayors in regions across England.

Labour has already launched a contest to find its candidate, with West Midlands MEP Sion Simon and former Wolverhampton councillor Steve Bedser battling for the position.

John Lewis managing director Street could be in the running to become the Tory nomination after setting out his vision for the West Midlands region in an article for the Birmingham Post.

Street, who was educated at the city’s King Edward’s School and also serves as chairman of the Greater Birmingham Local Enterprise Partnership, wrote that the region’s strong businesses, new infrastructure and the “creativity and innovative nature” of its population put the West Midlands in a position to “emerge as a victor from this time of change” following the UK’s exit from the EU.

He added that leaders in the region must make it a priority to ensure that HS2 – the planned high speed rail line linking Birmingham to London, Manchester and Leeds – goes ahead despite speculation that a future government could axe the proposals.

Street, who was a member of the Conservative Association during his days as a student at Oxford University, said: “Now is not the time to doubt HS2. Our job as regional leaders is to press firmly on with our plans for delivering its transformational potential.”

He added: “It is already happening and having an effect on our economy. Jobs are already being enjoyed at the construction headquarters here at Snowhill, the National College for High Speed Rail is being built at Eastside, and across the region companies are already tendering for work.”

John Lewis said it did not comment on speculation.

According to the Birmingham Mail, no formal announcement of Street’s bid to be the Tory candidate is expected until the Conservatives officially begin the hunt for their nomination.

The party’s candidate should be in place by the time of the annual party conference at Birmingham’s International Convention Centre in early October.

But Birmingham Conservative MP Andrew Mitchell has already thrown his weight behind the prospect of Street entering the candidacy battle.

“If there is the remotest chance of persuading Andy Street to stand as the Conservative candidate for the West Midlands mayoralty, then I for one will raise three cheers and the party should bite his hand off,” he said.

Once elected, the new West Midlands mayor will take responsibility for bus services and the region’s road network.

They will also take responsibility for increasing the housing supply by taking on the work of the Homes and Communities Agency.