Bucher, who has been instrumental in driving Amazon’s increasing focus on fashion, is set to join the department store chain in October. 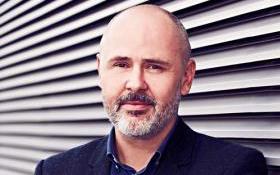 Debenhams’ current chief executive, Michael Sharp, who announced last year his intention to step down, will exit the retailer next month.

Sharp had been under pressure after a run of poor results and profit warnings, but last October unveiled the chain’s first rise in pre-tax profits for four years.

Bucher, who has spent three years at Amazon, will be charged with continuing Debenhams’ turnaround, which has involved cutting promotions, investing in new own brands and installing new cafes in store.

He added: “I am confident we have the best possible person to realise the potential of ‘new Debenhams’ as a leading international multichannel retailer with a bright future.”

Bucher said: “I am excited to be joining Debenhams, with its strong UK heritage, a growing international presence and a track record of supporting and developing brands and designers. I look forward to working with its experienced and talented team to take Debenhams forward to an exciting new future.”

Prior to Amazon, Bucher spent four years at Puma and five years at Nike. Before this he was responsible for helping launch Zara-owner Inditex’s lingerie retail business Oysho.

Debenhams’ group trading director, Suzanne Harlow, who was tipped as a possible successor to replace Sharp, will remain with the business and oversee the transition to Bucher, along with finance boss Matt Smith.

Last week, Mothercare boss Mark Newton-Jones told Retail Week that he had rejected an approach from Debenhams to be considered for the top job.