Department store group Debenhams is introducing a raft of new in-store partners as the retailer overhauls its space and offer.

Food is expected to become an increasingly important part of the business. 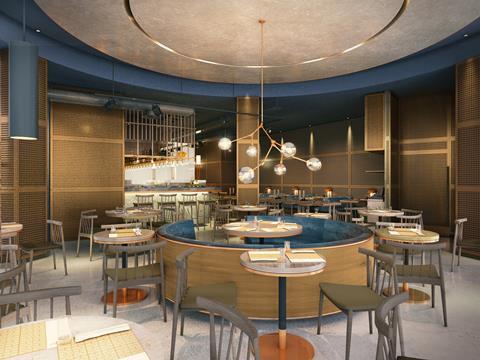 The retailer, which already counts eateries such as Patisserie Valerie and Chi Kitchen among its in-store partners, intends to introduce a food offer in another 30 branches this autumn.

By Christmas there will be a new food offer in 40% of its shops.

Italian restaurant Franco Manca will make its debut at Debenhams Westfield White City store and another “new casual dining partnership” will be unveiled at the retailer’s revamped Lakeside branch.

The food push will be accompanied by the introduction of new partners in other categories as Debenhams seeks to reduce its reliance on clothing and reconfigure approaching 1m sq ft of space by Christmas. Claire’s Accessories, for instance, is launching in 15 Debenhams stores.

Verdict analyst Rebecca Marks said: “While this kind of undertaking is essential for Debenhams to stay relevant and drive footfall, the retailer must also review the performance and desirability of its Designers at Debenhams collections to ensure a strong own-label offer differentiates its proposition and appeals to its loyal 40-plus customer base.”

The plans for new food and other partners came as Debenhams revealed group like-for-likes edged down 0.2% in the 15 weeks to June 11. Over the 41 weeks to the same date like-for-likes inched up 0.7%.

The retailer has suffered in a weak trading environment, disrupted by factors ranging from the timing of Easter and unseasonable weather to uncertainty as the EU referendum loomed.