David Beckham has been appointed as an ambassador for Sainsbury’s, with the aim of helping to inspire children to be healthier and more active. 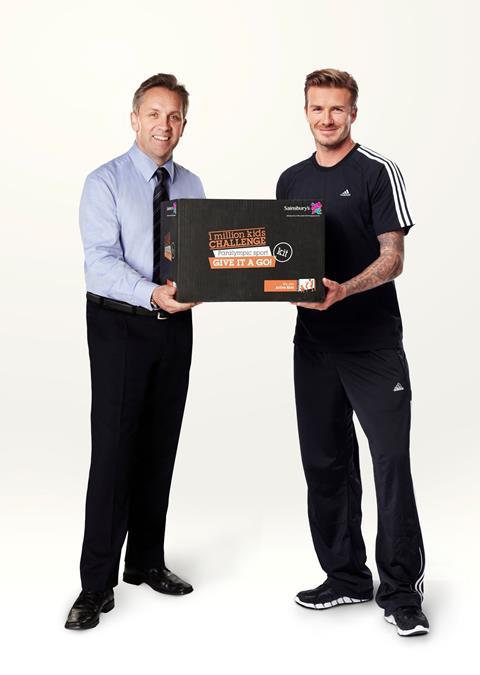 In his role, Beckham will support the grocer’s Active Kids Campaign – which donates equipment and experiences to youth groups, schools and organisations – and front its London 2012 Paralympic Games sponsorship.

Sainsbury’s is the first ever Paralympic-only sponsor.

Beckham will be the face of a new marketing campaign to launch with a cinema advert, airing on 25 November.

Sainsbury’s chief executive Justin King said: “We’re thrilled to have David on board as an ambassador of our Active Kids campaign. As a world class athlete and father of four, David is the ideal ambassador to support our commitment to encourage children to get active and live healthier lifestyles for less money.