Card Factory was founded in Wakefield by husband and wife duo Dean and Janet Hoyle. The couple, who started by buying cards wholesale and selling them from the back of their van at car boot sales, opened their first bricks-and-mortar location in 1997. They had ambitions to open 500 locations, and quickly set about expanding their physical portfolio.

In November 2008, Card Factory acquired 80 stores from rival greetings card retailer Celebrations, and by the time the Hoyles sold the business to Charterhouse for £350m in April 2010, Card Factory had 480 shops.

Under its new owners, the retailer moved online through the acquisition of gettingpersonal.co.uk in 2011, and three years later, it floated on the London Stock Exchange. In 2015, Card Factory finally unveiled its own website - a platform it relaunched in 2020 to enable customers to personalise cards, much like its pureplay rivals such as Moonpig, Funky Pigeon and Thortful.

Card Factory now operates more than 1,000 stores, boasting a presence in most major high streets and shopping centres across the UK. But it has also sought growth from other areas, supplying cards to the likes of Aldi and Matalan in the UK, and The Reject Shop in Australia. 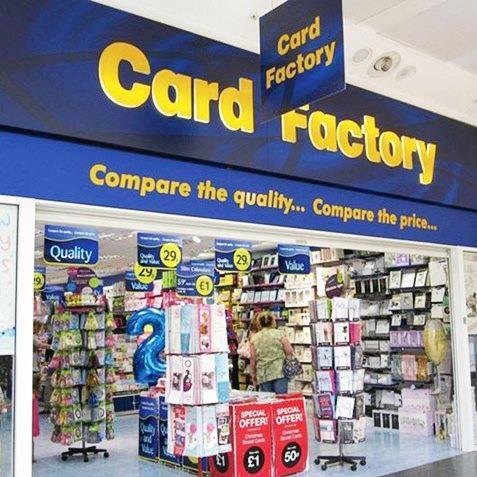 Latest news and insight on Card Factory from Retail-Week.com 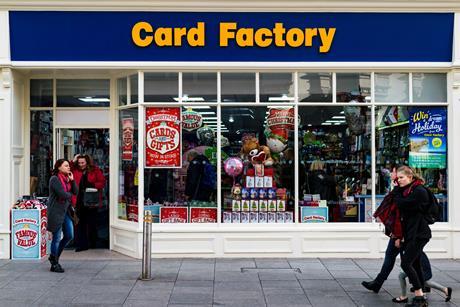 Card Factory has raised its profit forecast for the full year following “stronger than expected” sales. 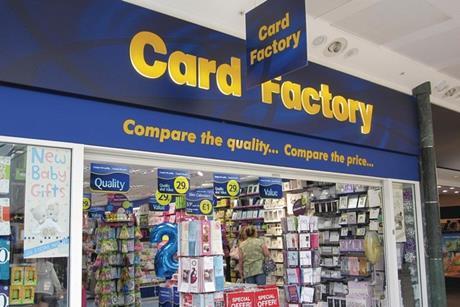 Card Factory has noted a “shift of customer spend back towards the high street and reversal of lockdown effects”.