Value womenswear retailer Bonmarché was founded in 1982 by Parkash Singh Chima. It sells casual and formal separates, outerwear, swimwear, lingerie nightwear and accessories, all designed for larger women and targeted at over 50s. In August 2007, Bonmarché launched a collection, designed in collaboration with David Emanuel, the designer famous for the co-design of Diana Princess of Wales’ wedding dress in 1981. Bonmarché sells through over 300 stores, including nearly 50 concessions, a fully responsive website and a mail-order catalogue, with a digital version introduced in 2017. In October 2019, the retailer fell into administration, with boss Helen Connolly blaming “a period of historic difficulty” on the high street for its demise. All stores currently remain open while the future of the company is assessed. The retailer was latterly owned by Edinburgh Woollen Mill boss Philip Day's investment vehicle Spectre Holdings, after Day succeeded in building up an 82% stake in the business in mid-2019. 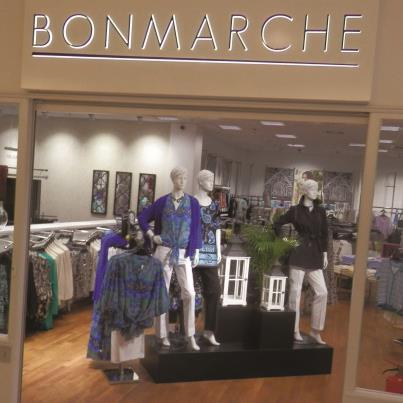 Latest news and insight on Bonmarché from Retail-Week.com 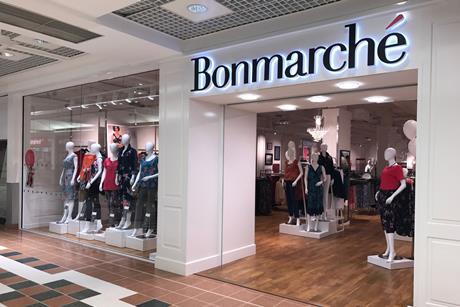 Bonmarché tumbles into administration placing thousands of jobs at risk 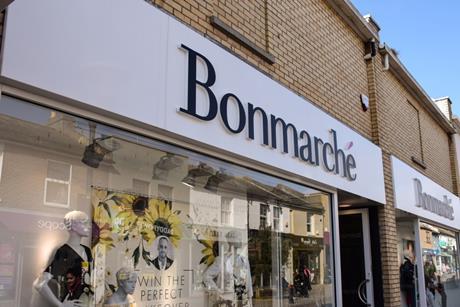 Bonmarché set to delist as second-largest shareholder sells up