More than 40 Clintons and Birthdays stores will shut by the end of May, affecting 300 full and part-time staff. Full closure list below. 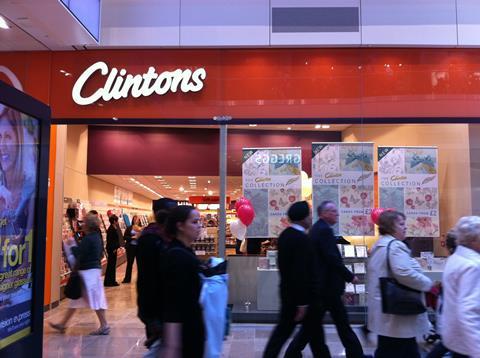 The administrator to the beleaguered greetings card retailer, Zolfo Cooper has revealed that 25 Birthdays stores and 19 Clinton Cards stores will close, resulting in 44 closures in the next week out of a planned total of 350.

There have also been 66 redundancies at Clinton Card’s head office.

Zolfo Cooper is still to decide plans for the remaining Clinton Cards stores earmarked for closure, which may trade for longer than initially thought. However more store closures are expected in “forthcoming weeks”.

Joint administrator Peter Saville said: “We have received expressions of interest from a number of third parties and are confident that the remaining retail estate will be better placed going forward.

“We are fully aware of the impact these closures will have and are working with a number of relevant agencies and third parties to assist employees affected by the store closures. We would like to take this opportunity to thank all employees for their professionalism and dedication during this difficult time.”

Saville added that Zolfo Cooper had been unable to find a buyer for the “majority” of the Birthdays stores.