Sainsbury’s is poised to launch a Christmas TV advertising campaign based on the 12 Days of Christmas. 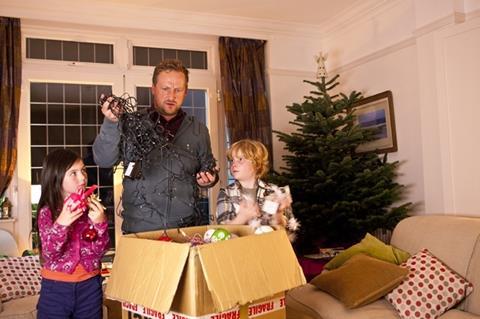 The grocer will mimic the carol by releasing 12 adverts depicting Christmas moments including untangling fairy lights.

The campaign launches on Tuesday during the advert break in ITV1’s Emmerdale with three adverts back-to-back. Viewers will then see the further nine adverts rolled out in the weeks leading up to Christmas.

Sainsbury’s said it will also ensure that viewers who tune in to the same show on different nights during the week will see different adverts on different days.

The adverts are backed by a song by Aaron Espe and will be complemented by press and radio ads under the strapline Christmas Days at Sainsbury’s.

The campaign, created by AMV BBDO, will also include interactive outdoor posters, a first for the retailer. The posters will show a family testing whether the Christmas lights still work and consumers can ‘test’ a series of posters by physically pressing a button or flipping a switch on the advertising to see if the lights come on.

The TV adverts will be broadcast across terrestrial and satellite channels running up to the New Year.