Record levels of discounting are expected in the run-up to Christmas, with retailers poised to slash prices by almost 50% by December 24.

Discounts will rise to a record average of 48% by Christmas Eve, according to new research by Deloitte. This could grow to 52% from Boxing Day onwards. 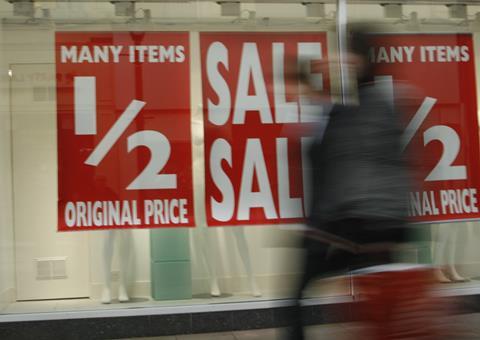 Retailers are expected to heavily discount more than last year

Discounts across the market are extremely variable, however. While some retailers have dropped their prices by 80%, others have offered discounts of just 2%.

Deloitte lead consumer analytics partner Jason Gordon said: “In recent years, consumers have come to expect retailers to heavily discount products in the lead-up to Christmas. Christmas falling on a Tuesday, shorter Sunday opening hours and many choosing the weekend prior to Christmas to travel to friends or family will complicate the last few crucial days trading. This is why we expect retailers to ramp up their discounting earlier than normal in an attempt to clear stock.”

A separate study by PwC predicts that promotional levels in the final week before Christmas will match those of the Black Friday weekend.

However, it also suggests half of multichannel retailers who took part in Black Friday returned their products to full price the following week in order to preserve profit margins.

PwC’s consumer markets leader Lisa Hooker said: “Retailers are increasingly returning to full-price after Black Friday, suggesting they are getting a better handle on managing the promotion cycle in late November in order to preserve profit margins in the critical run-up to Christmas.

“As we enter the second half of December, discounting is already starting to pick up, with many retailers keen to clear seasonal stock before the end of the year.”