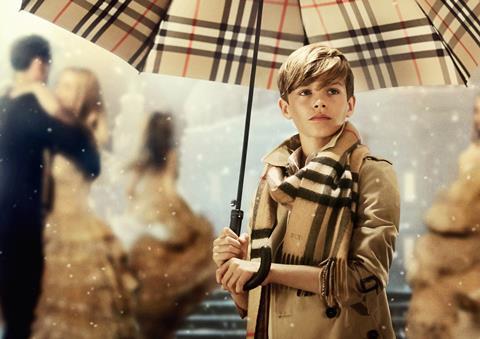 The film has been directed by Burberry chief creative and chief executive officer Christopher Bailey and features Beckham on a “magical gifting journey” travelling through a world of “Britishness, heritage, music and weather”.

The ad premiered last night at the retailer’s flagship Regent Street store in an auditorium designed by Bailey.

British songwriter Ed Harcourt wrote the backing track for the ‘From London with Love’ advert and the track will be available to pre-order from iTunes today ahead of its official release in December.

Burberry’s Christmas campaign launches tonight on TV and will also run across outdoor advertising, cinema, and all of Burberry’s 10 global social media platforms for the next three months.

The retailer has run Christmas ad campaigns previously, but this is the first time it has run a Christmas TV ad.

The campaign was supported by ‘25 days of Christmas’ activity, which involved publishing images and videos on Instagram each day.