More than 80,000 shops across the UK could close within two years without an overhaul of business rates, according to the British Retail Consortium. 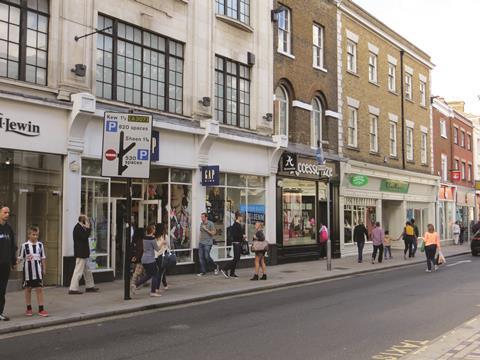 Ministers have been warned that changing shopping habits and growing burden of taxes could cause almost two out of three town centre shops to close by 2017.

And according to the BRC, the closures could lead to the loss of 800,000 jobs.

The BRC has based its figures on what would happen if six out of every 10 high street retailers who have leases expiring in the next two years opted not to renew them.

Now the BRC has called on Chancellor George Osborne to prevent a town centre exodus by reforming the business rates system to improve the climate for retailers.

Business rates, which were branded a “tax on jobs and growth” by the BRC, are predicted to bring in about £28bn for the Treasury this year. That’s more than the sum it raises in council tax.

In last year’s Autumn Statement, Osborne revealed he would launch a review the business rates system and pledged to deliver the findings by next year’s Budget.

The BRC has ramped up the pressure on him to do so after highlighting research by Verdict that revealed the number of town centre shops has declined from 148,990 in 2004 to 129,121 now.

It predicts that even if all store leases are renewed, there will still be more than 8,000 fewer shops on our high streets owing to the continued growth of online shopping. The BRC said that alone would lead to 80,000 job losses.

But if 60% of stores instead decided not to renew their leases and shut up shop, the drop in store numbers and available jobs will both increase 10-fold, the BRC warned.

The group wants Osborne to provide a tax relief for small business, scrap the inflation-linked increase in business rates and conduct property valuations every three years instead of five to make the system fairer for retailers.

The BRC said in its report: “For a government which has advocated pro-growth policies to support business and embed the recovery, business rates are an anomaly and stand out in an otherwise moderate tax regime.

“Business rates are a tax on jobs and growth and when combined with structural changes to the retail industry risk leading to far more store closures, job losses and high street vacancies.

“It is essential that we work together to design a tax that reflects the economic reality facing businesses.”