Chancellor George Osborne has pledged that the Government will carry out a review of business rates, which have “not kept pace” with the economy. 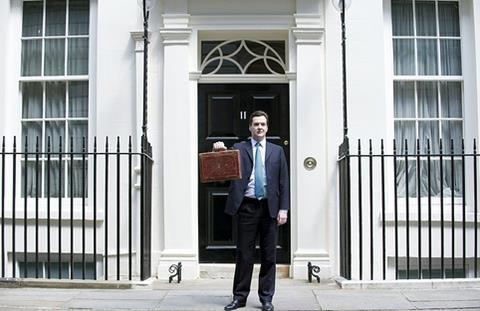 Osborne reaffirmed the Government’s pledge to change the system after it revealed more details behind the “radical” and “wide-ranging” review on Monday, which included 15 key questions that it needed to answer.

He also revealed that a “provisional agreement” was in place to allow Greater Manchester to keep “100% of the additional growth in local business rates” in a bid create a “Northern Powerhouse.”

But Osborne stopped short of providing any further details as to how the review will be carried out as he outlined the 2015 Budget in the House of Commons today.

He said: “In my view the current system of business rates has not kept pace with the needs of a modern economy and changes to our town centres.

“It needs far-reaching reform. Businesses large and small have asked for a major review of this tax and this week that’s what we have agreed to do.”

At present business rates are based on 2008 valuations made before the financial crisis had fully hit and when the cost of renting a shop or an office was often higher than now. Since then, rents in parts of the country worst hit by the recession have fallen dramatically.

“Businesses large and small have asked for a major review of this tax and this week that’s what we have agreed to do.”

British Retail Consortium director-general Helen Dickinson said she “understood” why the Chancellor had not provided further information because it was “hard for them to commit to what those next steps look like” until they had received feedback. But she said that the process the Government follows in order to answer the 15 questions was the “only thing missing” from its launch of the review.

Dickinson added: “We have been beavering away on business rates for about the last 18 months. It was a breakthrough in the autumn statement for them to commit to a structural review.

“We were really pleased that those 15 questions that he was asking reinforced that it needed to be a radical and significant review in terms of the way that the actual business rates system works, particularly when asking what happens in other countries, which is the first time they’ve done that.

“Another thing that we have talked to them a lot about is how you make changes in the rates reflective of wider economic conditions. This is the issue around the fact that business rates rise every year with RPI. The Chancellor has capped that at 2%, but it’s still an increase.

“The fact that they are asking the question of how you make it reflective of wider economic conditions gives us a level of optimism that perhaps in the future, whatever system we end up with, will actually move more with the economy.”

In a budget that the Chancellor claimed backs the self-employed, backs the small business owner and backs the home-buyer”, Osborne confirmed that the rate of corporation tax will be reduced to 20% in two weeks’ time.

“In two weeks’ time, we will cut corporation tax to 20% - one of the lowest rates of any major economy in the world.”

Consumers will have more money in their pockets after the Chancellor confirmed that the point at which workers start paying income tax will rise to £10,800 next year and £11,000 in April 2017. Osborne said that would equate to a tax cut for 27 million people.

Osborne went on to outline his aim to eventually raise the tax free allowance to £12,500.

Consumers will make further savings after the fuel duty increase planned for September was also cancelled, a move that will save drivers “£10 a tank”, according to Osborne. Beer duty was also cut by 1p a pint.

The Chancellor went on to reveal tax relief for savers and first time buyers, claiming that the squeeze on public spending would end if the Conservative party win May’s general election.

Despite those changes, Dickinson said there would be no “major shift in retail spending” and expected retail sales to grow at a steady rate of 2% this year.

In another move that will be backed by retailers, the Chancellor revealed new measures against tax avoidance and evasion, targeted at large multinational organisations which “artificially shift their profits offshore.” Osborne said the measures would raise £3.1bn for the economy.

Osborne said: “Our new Diverted Profits Tax is aimed at large multinationals who artifically shift their profits offshore. I can confirm that we will legislate for it next week and bring it into effect at the start of next month.

“I am also today amending corporation tax rules to prevent loss arrangements and will no longer allow businesses to take account of foreign branches when reclaiming VAT on overheads, making the system simpler and fairer.”

The Association of Town and City Management chief executive Shanaaz Carroll welcomed the move, claiming that the tax avoidance of multi-national corporations was “increasing the tax burden on non-domestic properties” and causing high street businesses to “subside.”

ActionAid head of campaigns Jenny Ricks added: “Today’s budget is a small step towards tackling tax dodging, but we are still waiting for the giant leap forward.”